South Korea: Vaccination expanded with J&J’s COVID-19 shot from US

FILE PHOTO: Vials with a sticker reading, "COVID-19 / Coronavirus vaccine / Injection only" and a medical syringe are seen in front of a displayed Johnson & Johnson logo in this illustration taken October 31, 2020. REUTERS/Dado Ruvic

SEOUL (S. Korea): As South Korea expanded its vaccination campaign, military personnel rushed to sign up for Johnson and Johnson’s COVID-19 vaccine on Tuesday. The country eased restrictions on inoculated people in a bid to encourage immunization.

South Korea received one million doses of the vaccine this week after the United States almost doubled a pledge made during President Moon Jae-in’s first summit with US President Joe Biden last month.

Authorities have designated the J&J vaccine for military-related personnel, including reserve forces and the civil defence corps, as well as people planning overseas business trips or diplomatic missions.

Around 3.7 million people are eligible to receive the single-dose vaccine and some 646,000 have signed up so far since reservations began on Tuesday.

South Korea has inoculated 5.79 million people, or 11% of its population, with a first dose of the two-dose vaccines from AstraZeneca or Pfizer. It aims to vaccinate 14 million by the end of this month.

It said the plan is on track as more vaccine shipments are due to arrive later this month and willingness to get vaccinated appears to be rising, lured by incentives.

A survey in May showed 69.2% of respondents were willing to get vaccinated, up from 61.4% a month earlier, Lee Sang-won, a senior health official, told a briefing.

The government on Tuesday allowed people who have received at least one dose to have family gatherings without restrictions and visit nursing homes.

Those fully vaccinated will no longer be required to wear masks outdoors from July.

The country has reported 459 new confirmed cases on Monday, bringing the total tally to 140,799 infections, with 1,963 deaths. 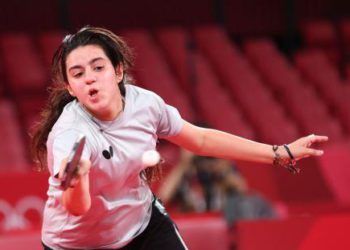