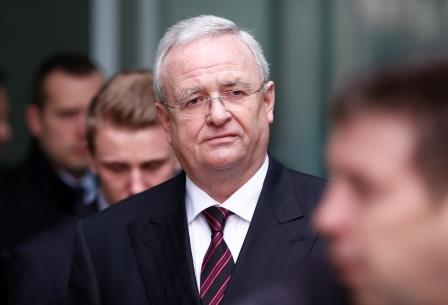 BERLIN (Germany) – Volkswagen is struggling to draw a line under its biggest ever corporate crisis in which it admitted using illegal software to rig US diesel engine tests. The “dieselgate” scandal has cost the German carmaker more than 32 billion euros ($39 billion) in fines, refits and legal costs.

Prosecutors have charged former Volkswagen chief executive Martin Winterkorn with giving false testimony to the German parliament when he said he was unaware of the carmaker’s diesel emissions cheating before it became public.

“In his testimony, the accused falsely claimed to have been informed of the defeat devices only in September 2015,” Berlin prosecutors said in a statement on Wednesday, confirming an earlier report in Bild newspaper.

“According to the indictment, he had since May 2015 been aware that the engine control software of some VW vehicles had been equipped with a function to manipulate the exhaust values in testing,” the prosecutors added.

A spokesman for Winterkorn, who was Volkswagen CEO between 2007 and 2015 when he left the company, did not immediately respond to a request for comment.

Volkswagen said in late March said it would claim damages from Winterkorn for breaching his duty of care by failing to fully and swiftly clarify circumstances behind the use of unlawful software functions in some diesel engines.

Winterkorn resigned as CEO on Sept. 23, 2015, a week after the scandal was uncovered