Fatherhood Movie Review: A Soul-Stirring Ode To Parenting And Life After Grief 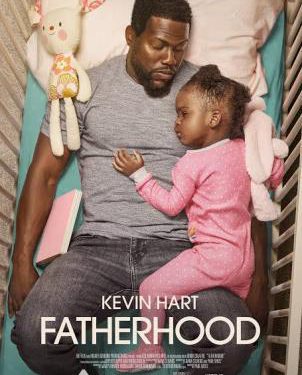 Fatherhood, directed by Paul Weitz, revolves around the life of Mathew, whose life is seemingly brought to rubble after the scary absence of his loving wife Liz and how the arrival of a newborn in his world breathes life onto him all over again.

The film transposes one into the whirlwind marriage of Liz and Mathew, and their world is replete with love. No matter how many times the couple is entangled in a maze of contentions, the end to their days is always marked by a happy union of sorts by the mighty power of love.

As Mathew, essayed by actor Kevin Hart and Liz, played by Deborah Ayorinde, brace themselves to take a breezy stroll of parenting, the former is hit by an unforeseen tragedy- the death of his loving wife. He had always been the reckless and immature husband until then, while her nonchalance gave a semblance of bliss to their marriage. The news of his wife’s departure hits him very hard that it almost seems crippling to him, making everyone around bedazzled as to how he will get on with his newborn daughter’s upbringing.

While the entire world throws him into a burning pot of obscurities and apprehensions, with regard to parenting the child all alone, Mathew himself is often seen as unsure at first and plunges into self-doubt at that moment. The working single father gradually gets a taste of how it is to do everything that a mother does, from changing pampers, cleaning poo to incessantly go without having a proper sleep with a baby that cries 24*7.

How Mathew and his kid Maddy find a way out of Liz’s loss, whose demise had left their vision of life and world in tremor makes the rest of the story. Just as adversities bring the best in a human being, Mathew rises to the occasion and becomes the cocoon from which his daughter can feel the warmth of her mother, and teaches her to spread her wings and soar in life. As the child grows, the parent in Mathew, both as a mother and a father, also evolves.

The film literally tugs at the heart strings, and comes out of an equally touching screenplay by Weitz and Dana Stevens. Fatherhood is the film adaptation of Two Kisses for Maddy: A Memoir of Loss and Love by Mathew Logelin, a memoir from 2011.

Both Kevin Hart and the stupendous Melody Hurd, who plays the role of little Maddy, enchant the viewers, with the unassuming innocence they weave into their relationship as the endearing father and daughter. The film is in a way a bildungsroman, one where the protagonist sees himself leap through his songs of innocence to the songs of experience.

The movie, which released on June 18, comes at an apt time, with Father’s Day just around the corner, and is matched to such perfection that that it recreates the life of every single parent or everyone who learns to walk again after the loss of someone close to them.

Fatherhood gives pertinent life lessons that with every ebb of the tide comes a flow and after every moon of darkness comes a radiant sun. Even as Mathew takes care of Maddy, it is the existence of this infant, which becomes the anchor of his life. True to the tagline of the film, they are ‘in it, together’. The film is beautifully complemented by a few equally sublime music tracks, and the befitting use of classics such as Don’t Let Go by PJ Morton and Slow Up by Jacob Banks deserves a special mention.