REACHING OUT TO THE WORLD WITH HER MUSIC 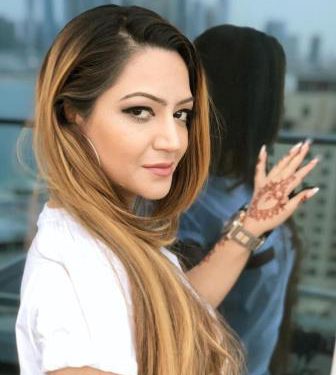 Every person ever fed by the fertile lands of the UAE would hold ‘Ishy Biladi’ close to their hearts. Ishy Bilady is the national anthem of the United Arab Emirates and for the 49th UAE National Day in 2020, three Asians decided to come together to release a video of the National anthem sung and performed by Sonia Majeed. To the young production team, this was their way of paying tribute to the unity between the seven emirates and to celebrate its rich legacy. For Sonia Majeed, this was an accomplishment like no other.

Sonia Majeed is a singer and a Goodwill and Peace Ambassador. With this rendition of the Ishy Biladi, Sonia becomes the first Asian woman to perform the UAE national anthem.

The inspiration that led her to music is her mother and today she finds inspiration in the mesmerising sounds of nature, “I always listen to the voice of the sea and its waves, it motivates me. I always wake up early so that I can hear the chirping of birds, it gives me so much energy. Nature always speaks in music, in different ways, all you need to do is feel it. The best part is that God has blessed me with a voice so I can express those feelings with it.”
Sonia who has learned Indian classical music was trained by Bade Ghulam Ali Sahib and Kumar Sanu.

When quizzed about why she chose to sing and perform the National Anthem of UAE she says “I have lived here for the past 25 years. Whatever I am today is because of this beautiful country. The reason behind singing the auspicious UAE Anthem is to celebrate the success it attained over the past 48 years, it impressed me. The land of deserts has become the number one country in the World.”

Sonia, along with the production crew, released the video on December 2, 2020. “The whole experience was really out of this world. I felt proud and honoured to be the first woman in Asia to perform the UAE National Anthem. It was a moment of pride to hear my anthem played at events, shows and in schools, and I also feel that my parents’ prayers are always with me,” she says. “I ensure that each word has its place. I sang with full enthusiasm. The music and the background scores will give you goosebumps!”

Beyond the world of music, Sonia is thrilled as she is all set to explore the world of cinema, that too in Bollywood. “Recently I got offers to be a part of three Bollywood movies under Aarambh Pictures, a Mumbai-based production house started by Nishant Jaiswal and Shrey Rajdeo. The movies are titled Salam Madrasa Hindustani, Sathida and, Happy Birthday,” she shares with excitement.
‘Salam Madrasa Hindustani ‘ will be the first film to launch its trailer in Dubai post the global pandemic. “The trailer of the movie was launched at Burj Khalifa. The plot of the movie is endearing and spreads positivity, humanity and love, something which the world needs right now,” says Sonia.
Directed by Shrey Rajdeo, the film has already been selected at ‘The Lift-Off Sessions’, ‘First Time Filmmaker sessions’ and FlickFair International Film Festival.
Thrilled about exploring the film industry Sonia says “ Many more projects are in talks, including some for OTT platforms. Some have been finalised and a few are in the pipeline. A few Hollywood productions and projects are also being finalised, which I will reveal soon.”

“My dad once told me ‘Sonia you are born with talent, go out, people need you, spread love, peace & harmony through your voice and music.’ I want to help empower women, share my power with them and let them know that they are not at all alone in this world. I want to tell women to free their wings and fly high.”