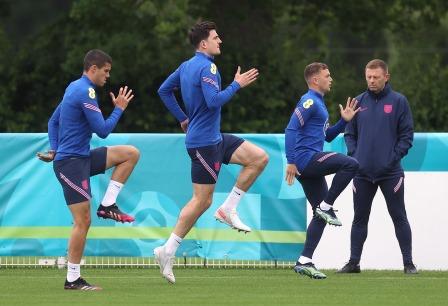 England are not bothered by the “noise” from outside the camp ahead of Tuesday’s final Euro 2020 Group D match against the Czech Republic as they focus their efforts on qualifying for the knockout rounds, forward Raheem Sterling said.

England kicked off their campaign with a 1-0 win over 2018 World Cup finalists Croatia but were held to a goalless draw by Scotland in the second match.

Gareth Southgate’s team are second in their group on four points, behind the Czechs on goal difference, and a draw would see both teams advance regardless of the outcome of the game between Croatia and Scotland, who are both on one point.

“I do feel there’s a bit of an over-reaction on the whole,” Sterling told British media on Sunday. “I just feel there’s more of a panic on the outside than inside the building.

“I don’t see anyone in the camp that feels any pressure or feels hard done by. As much as we can inside the building the best thing we can do is focus on the training field, focus on what’s being doing inside.

“We really shouldn’t be looking what the papers are saying, what pundits are saying. That’s something we need to take for the rest of this tournament, the more you listen to outside noise, the more it can affect you.” 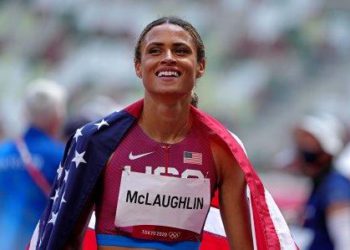