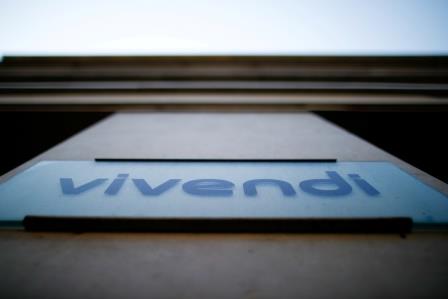 FILE PHOTO: The logo of Vivendi is pictured at the main entrance of the entertainment-to-telecoms conglomerate headquarters in Paris, France, April 22, 2021. REUTERS/Gonzalo Fuentes

PARIS (FRANCE) – French media giant Vivendi’s plan to spin off its prized Universal music business, has been overwhelmingly approved by its shareholders. The decision is considered to be a win for top investor Vincent Bollore.

The spin-off plan and Vivendi’s governance had drawn criticisms from several activist funds before the company’s annual general meeting.

The proposal to spin-off Universal Music Group, which involves distributing 60% of Universal’s shares to Vivendi shareholders, received more than 99% of the votes.

Vivendi plans to list Universal, valued at 33 billion euros ($39 billion) by its parent company, in Amsterdam in fall. The group said Universal could make its market debut on Sept. 21.

Bollore, Vivendi’s controlling shareholder with a 27% stake, would be one of the first beneficiaries of the transaction after listing the music division, which is home to artists such as Lady Gaga and Taylor Swift.

Prior to this transaction, a consortium led by Chinese giant Tencent bought a 20% chunk in Universal.