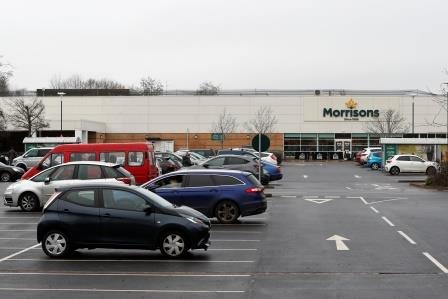 LONDON (UK) – Private equity takeover of supermarket group Morrisons has been put across to the government by Britain’s opposition Labour Party. The takeover is to secure binding commitments about the buyer’s business plan, on jobs and on pensions.
Morrisons, Britain’s fourth largest grocer after Tesco, Sainsbury’s and Asda, said on Saturday it had rejected a proposed 5.52 billion pounds ($7.7 billion) cash offer from U.S. private equity firm Clayton, Dubilier & Rice (CD&R).
Under British takeover rules, CD&R has until July 17 to announce a firm offer or walk away.
With a staff of 118,000, Morrisons is one of the United Kingdom’s biggest private sector employers and is unique among British supermarket groups in making over half of the fresh food it sells.
The British government has powers to intervene in takeovers of companies on grounds including competition, media plurality, national security and pandemic response.
However, Labour wants the government to have powers to intervene where an acquisition may have long-term implications for the United Kingdom’s industrial strategy.
“There are really worrying examples of companies including private equity firms loading businesses with debt, stripping them for parts and leaving with the rewards,” Seema Malhotra, Labour’s spokesperson on business, said.
“The government cannot just stand by and let that happen to Britain’s supermarkets, which are at the heart of our communities and provide an essential national service as we have seen during the pandemic.”
On Monday, a spokesperson for Prime Minister Boris Johnson declined to comment on the Morrisons bid. However, the matter could be raised in parliament on Wednesday when Johnson has his weekly session facing lawmakers’ questions.