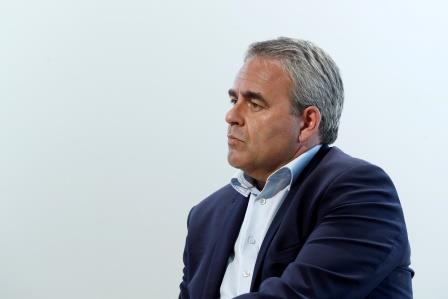 PARIS – An electric car battery plant planned by China’s Envision AESC in northern France, billed as a boost to the auto industry in upheaval as some traditional jobs are lost, will create at least new 1,000 positions, a French politician said on Friday.

Carmakers globally are racing to keep ahead of rivals in producing cleaner vehicles, a technology shift that will prompt Germany’s Volkswagen for example to build six battery cell plants of its own in Europe.

Xavier Bertrand, from the opposition Les Republicains party and who is running for re-election as head of France’s Hauts-de-France region, confirmed Envision’s investment in the French factory, AFP reported.

Bertrand was quoted by AFP as saying that the 1,000 jobs that will be created initially could reach 2,500 in the longer term.

Two sources close to the matter told Reuters this week that Renault had picked Envision to make batteries for its future electric vehicles, including the Renault 5 model.

One of the sources said the plant involved an investment of around two billion euros from Envision.

The investment and details on jobs were expected to be confirmed on Monday by President Emmanuel Macron, the sources said.

France is trying to push its own national champions to produce batteries for cars, though politicians have welcomed the Chinese investment.

ACC, a venture backed by Renault’s rival Stellantis and Saft, a unit of TotalEnergies, will also have a battery plant in northern France.

A shift away from diesel engines in the auto industry is likely to spur job cuts in the coming years, or push carmakers to retrain workers and find new avenues for job creation, under pressure from politicians.

The Douai battery factory will complement Renault’s electric car hub known as “Renault ElectriCity” born from pooling three of its plants in northern France, Douai, Ruitz and Maubeuge. The hub aims to turn out 400,000 vehicles a year by 2025.