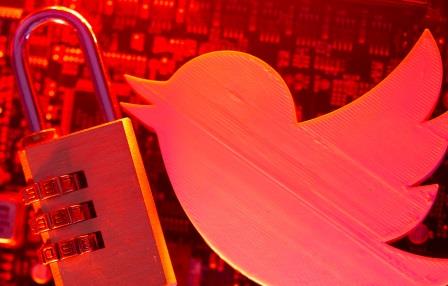 FILE PHOTO: A 3D printed Twitter logo and a padlock are placed on a computer motherboard in this illustration picture taken May 4, 2021. REUTERS/Dado Ruvic/Illustration

NEW DELHI (India): An Indian state has challenged in the Supreme Court a bar on police action against Twitter Inc’s country head, after a lower court protected him against arrest over an accusation that the platform was used to spread hate.

The tussle, coupled with discontent over increasing regulatory scrutiny of other US tech firms such as WhatsApp and Amazon, has soured the business environment in a key growth market.

Police in northern Uttar Pradesh, ruled by Prime Minister Narendra Modi’s party, issued a summons this month to the official, Manish Maheshwari, over a video they said incited “hate and enmity” between Hindu and Muslim communities.

Last week, a court in Maheshwari’s home state of Karnataka ruled that police should take no coercive action against him, however.

Uttar Pradesh has now challenged that ruling in the Supreme Court, court records showed on Wednesday, but further details of its appeal were not immediately available.

The records also showed Maheshwari had urged the Supreme Court, in a filing, not to act on the police appeal without hearing him.

The non-compliance has fuelled worries that Twitter may no longer be able to claim a sort of safe-harbour protection allowed by Indian law for content posted by users.

The Uttar Pradesh case concerns the spread a video in which a few men, apparently Hindu, beat an elderly man, believed to be a Muslim, and cut his beard.

Other cases were triggered by complaints that some politically-sensitive regions were depicted outside India in a map on Twitter’s careers website or that child pornography was visible on its platform.

Twitter has not commented on the cases about the map. On Tuesday, it said it had a policy of zero tolerance for sexual exploitation of children.