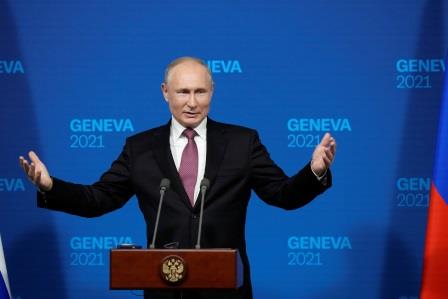 MOSCOW (Russia): President Vladimir Putin said on Wednesday he had received Russia’s Sputnik V vaccine against COVID-19 earlier this year after previously declining to disclose which vaccine he had taken.

Putin, 68, received two vaccine shots against COVID-19 in March and April, the Kremlin has said. Authorities did not publish video footage of him being inoculated.