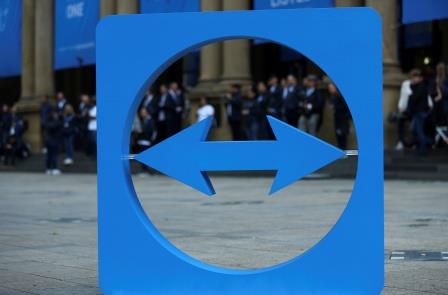 BERLIN (GERMAN) – Remote connectivity software specialist Teamviewer on Thursday reported weaker-than-expected billings growth in the second quarter but stood by its full-year outlook due to strong trading in June.

Billings growth, the German company’s preferred top-line metric, grew around 15% in the second quarter on a reported basis and by 18% at constant currencies, below its projections of at least 20% growth.

Teamviewer released results ahead of schedule, as is required under German stock exchange rules when they diverge materially from company guidance or market expectations.

The company, headquartered in Goeppingen, had profited from a surge in new business early in the COVID-19 pandemic, as government lockdowns sparked a rapid shift to home working.

“While the company retained most of the new subscribers from the first wave of the 2020 lockdown, those renewal values in April and May were lower than initially anticipated,” Teamviewer said in a statement.

“In June, trading momentum improved significantly, driven by a rebound of renewal values and a very strong enterprise pipeline conversion.”

Teamviewer confirmed its 2021 outlook, albeit towards the lower end of the expected range for billings of 585-605 million euros ($690-$714 million). It still projects an adjusted EBITDA margin of between 49% and 51% for the year.

The company had cut its margin guidance in March, as it entered into major sponsorship deals with English Premier League club Manchester United, and motor racing teams Mercedes Formula One and Formula E.

Shares in the company, which floated on the Frankfurt stock exchange in September 2019, are down 26% in the year to date.