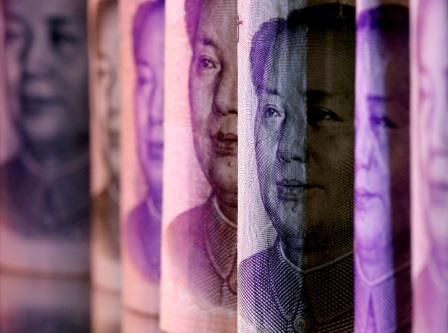 Chinese companies’ bond defaults amounted to 62.59 billion yuan ($9.67 billion) in the first half of the 2021, the highest ever, according to Fitch Ratings. The nations corporate bond defaults have hit a record high this year, highlighting tightening credit conditions and a growing reluctance by regional governments to bail out troubled state-owned firms.

That increasing proportion of defaults by state-owned enterprises (SOEs) has raised concerns among some investors that the end of implicit government guarantees on SOE debt could create market instability.

A total of 25 firms defaulted on bond payments in the first six months of 2021, compared with just 19 in the same period last year, the data showed.

Number of defaulted issuers in China’s state-owned enterprises (SOEs) contributed to more than half of the defaults, totalling 36.65 billion yuan.

Concerns over the ability of SOEs to service their debts sparked global alarm in April after China Huarong Asset Management missed a March 31 deadline for filing its 2020 earnings.

Huarong has not missed any bond payments, most recently repaying a maturing $400 million U.S. dollar bond on Wednesday.

Analysts say that more SOE defaults do not necessarily bode ill for the market.

“SOE defaults could be a blessing in disguise by forcing the state companies to adhere to hard budget constraints and exercise greater credit discipline, the lack of which have been the culprits for excessive investment,” said Chi Lo, senior economist at BNP Paribas Asset Management.

“Beijing has been signalling a gradual retreat from government guarantees on state firm liabilities since 2017 … But they have also reiterated that the bond default risk needs to be diffused in an orderly manner.”

As large maturities loom in the second half of the year, weak regional SOEs with deteriorating liquidity profiles should continue to see higher bond-repayment pressure, said Shuncheng Zhang, a Fitch analyst in Shanghai.

“But a surge in defaults is unlikely as central authorities guide distressed SOEs to negotiate repayment arrangements in advance,” he said.