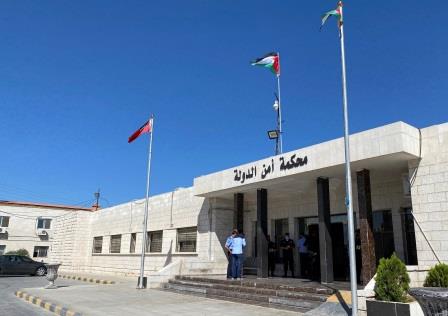 A general view shows the exterior of a security court in Amman, Jordan July 12, 2021. REUTERS/Muath Freij

AMMAN (Jordan): A former royal confidant, Bassem Awadallah, and a minor royal has been sentenced to 15 years in jail by a Jordanian court on Monday on charges of attempting to destabilise the monarchy.

The military court said it had confirmed evidence backing the charges against the pair and that they had both been determined to harm the monarchy by pushing former heir to the throne Prince Hamza as an alternative to the king.

“The two defendants held views that are against the political system and the monarchy and sought to create chaos and sedition in Jordanian society,” said Lieutenant Colonel Muafak Masaed before pronouncing the sentence.

The charges shocked Jordan because they exposed rifts within the ruling Hashemite family that has been a beacon of stability in a volatile region in recent years.

Awadallah, a former finance minister who was a driving force behind Jordan’s liberal economic reforms, was charged with agitating to undermine the political system and committing acts that threaten public security and sowing sedition.

He pleaded not guilty and has said he had nothing to do with the case.

Before the verdict was announced, U.S. lawyer Michael Sullivan who represents Awadallah, who also holds U.S. citizenship, alleged the former royal court chief had been tortured and denied a fair trial. His family has also alleged he was tortured and said his confession was extracted under duress.

His Jordanian defence team said they would appeal the decision. The estranged Prince Hamza, who had been placed under house arrest earlier this year, avoided punishment and defused the crisis last April after pledging allegiance to the king, and is not on trial.

The verdict follows three weeks after the first session of the trial was held. The court had rejected a defence request to bring more than two dozen witnesses to testify, including Hamza.

Legal experts have questioned the legality of a trial when the man at the centre of the case, Hamza, is not in the dock.

The authorities have said the trial process is fair. The court backed the validity of evidence presented by the prosecution based on intercepted internet messaging. Awadallah, a Jordanian of Palestinian origin drawn from

outside the traditional palace entourage and whose liberal economic reforms challenged the tribal establishment, allegedly advised Hamza on critical tweets the prince wanted to send to further his ambitions.

Authorities say the recordings are irrefutable evidence of how Hamza was exploiting popular anger against the state.

They say the suspects prodded Hamza to step up his agitation among disgruntled members of powerful tribes that traditionally support the monarchy.

COVID-19 Vaccine: Chinese drugmakers agree to supply more than half a billion shots to COVAX

COVID-19 Vaccine: Chinese drugmakers agree to supply more than half a billion shots to COVAX