The Kissing Booth 3 Cine-Peek: A Melting Pot Of Emotions Every Teenager Goes Through 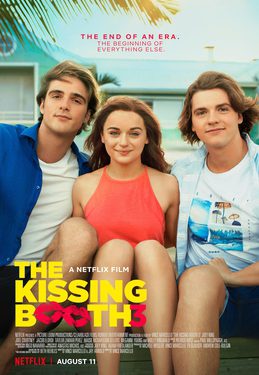 The trailer of The Kissing Booth 3, a movie which comes as the last flick from the trilogy by director Vince Marcello, is based on the book by Beth Reekles of the same name. The video, which was recently unveiled, has the original cast in place, with actors such as Joey King, Joel Courtney and Jacob Elordi playing the central characters. The film has screenplay by Marcello and Jay Arnold, and music by Patrick Kirst.

Joey King, who plays the protagonist Elle Evans, and her world is shown as still revolving around her boyfriend Noah and her longtime best friend Lee. The film gives fans a taste of what the fans have been eagerly awaiting, with moments of fun with friends, outdoor trips and cheers galore. Though the storyline does have an uncanny resemblance to the earlier films of this trilogy and Elle is seen entangled between her best friend and her boyfriend and is often at crossroads, she is a changed person. Elle has surely evolved, when compared its earlier editions, when it comes to her integrity.

This time, the trio meets at a beach house after her high school graduation to have their last summer together before Elle ventures out on a new journey. They make the best of it with things that every teenager would dream of ticking off his or her bucket list. This film is a potpourri of varied emotions, one that casts the protagonist into realms that are weary and warps her into the uncertainties of life and insecurities that a person encounters, only to bring out a woman, who comes out of the storm stronger. While the film delves into the fragile moments a teenager goes through while embarking on a voyage to the world out there, it also discusses the sturdy decisions that one takes, through this coming of age story.

She is confronted by the looming fear of displacement and losing someone close at the cost of inclining towards another. While Noah, who is at the Harvard University, persuades her to join him at his campus, her friend Lee is at Berkeley. That said, the trailer also throws light on how a person’s character or life is not determined by getting swayed by what people around want out, but what one actually wants out of their lives.