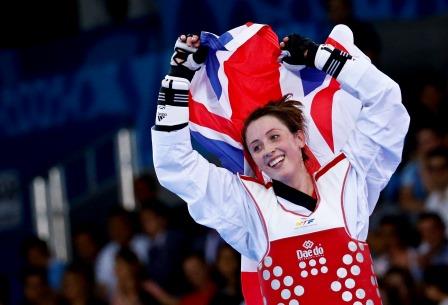 Jade Jones, British taekwondo athlete, said she is terrified by the prospect of COVID-19 ruining her chances of winning a third Olympic gold medal, but her “anti-social” nature means she has a ready excuse to keep distance from people and stay safe.

Jones, who won gold in the 57 kg category at London 2012 and Rio 2016, said she had already taken the vaccines and also had COVID-19 in January.

“But I still don’t want to get a positive test because that means game over, you’re out. To have your Olympic dreams pending on that is scary. I constantly wear the mask,” Jones, the reigning world champion, told British media.

“My hands are raw from the amount of hand gel I’ve been putting on, we walk in single file to training, literally a little traffic system so no one comes near us and we stay in that same bubble.

“To be fair, I’m quite anti-social anyway, so it works well for me. I’ve got an excuse now. Got to keep my distance. Where we have our meal there’s a sticker on the table saying ‘keep conversation to a minimum’.”

Olympics organisers said on Saturday one individual tested positive for COVID-19 at the athletes’ village, in the first such case that adds to concerns about infections at the Games which begin next week.

Athletes are starting to arrive for the rescheduled Games from July 23-Aug. 8.

Bianca Walkden, Jones’ housemate at Team GB’s base in Keio University in Minato City, said they all had COVID “paranoia.”

“It’s just to make sure we’re all being safe. Our masks are on all the time no matter what, everyone’s doing every single safety precaution,” Walkden, who is chasing her first Olympic gold, said.

“If one person sneezes, we’re all going ‘what the hell is going on?’. We want to get that past us now and compete.”