Exploring the aesthetic realms of art 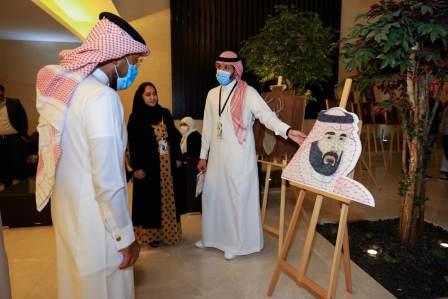 A one-day art Exhibition titled ‘Aesthetics-Jamaaliyat’ organised by Mawhub Art Gallery was held at Crowne Plaza Rdc Hotel in Riyadh on 16 July 2021. The event was inaugurated by Chief Guest Mr Hasan Bin Ahmed Al Rudwan – Aabed, the winner of the Arabic Calligraphy Award, Classical Branch, Sharjah Forum, and also the First place holder in the Kingdom’s Calligraphers Competition and Guest of honour Mr Rommel Romato, who is the Consul General of the Philippine Embassy in Riyadh.

Co-Founder of the Gallery Naziya Mudassir says “This event is another milestone for the Mawhub art gallery and promises more such amazing art events.”

‘UAE: The Land Of Dreams’- An art expo merging art and borders