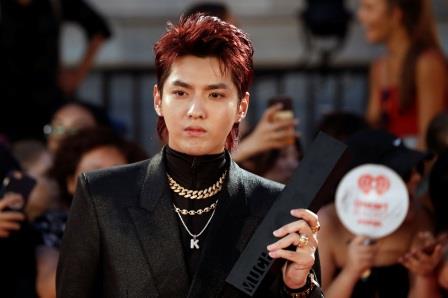 BEIJING (China) – After a 19-year-old Chinese student publicly accused the Chinese-Canadian singer-actor Kris Wu of date rape, at least 12 brands including international names Bvlgari and Porsche said they had cut ties with him.

The student, Du Meizhu, told Chinese media on Sunday that the 30-year-old star had raped her when she was 17 after plying her with drinks.

“I only met Ms Du once at a friend’s gathering on Dec. 5, 2020. I didn’t force her to drink alcohol,” Wu, whose Chinese name is Wu Yifan, said on his social media account on Monday.

The public airing of allegations has caused a social media storm in China, with the hashtag “Du getting Wu to leave the industry” garnering 850 million views.

Du said in a social media post on Sunday she was demanding that Wu quit the entertainment industry.

Du did not say if she had reported the alleged date rape to police but Wu’s studio said in a statement on Monday that it had reported Du’s accusation to police and had initiated legal action.

German luxury sports car brand Porsche said in a post on the Chinese social media platform Weibo on Monday that it had ceased cooperation with Wu, and Bvlgari followed suit on Tuesday.

“Bvlgari attaches great importance to the event related to Mr Kris Wu, and decides to stop cooperative relationships with Mr Kris Wu from now on,” the Italian luxury jewellery brand said in a post on its Weibo page.

Emissions to hit an all-time high on pandemic recovery