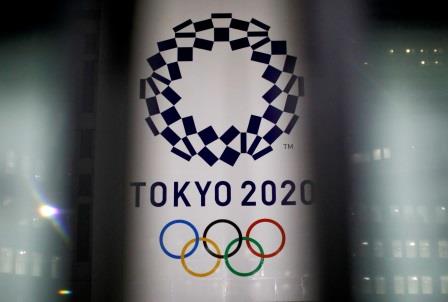 TOKYO (Japan): The Tokyo 2020 Olympics, postponed for a year due to the coronavirus pandemic, will be held under unprecedented conditions including tight quarantine rules to prevent the spread of COVID-19 infections.

Nevertheless, a number of cases have emerged among athletes and other people involved with the Games.

Following is a list of cases, in chronological order.

JUNE 20 – A coach with Uganda’s squad tests positive on arrival at Narita airport and is quarantined at a government-designated facility. The rest of the team heads by bus for their host city, Izumisano, near Osaka in western Japan.

JULY 4 – A member of Serbia’s rowing team tests positive on arrival. The other four team members are isolated as close contacts.

JULY 9 – One Lithuanian and one Israeli athlete test positive, according to reports. Later reports say the Lithuanian’s results were unclear and subsequently tested negative.

JULY 14 – A masseur for the Russian women’s rugby sevens team tests positive, forcing the team into isolation for two days, the RIA news agency reports. Officials in Munakata, southwestern Japan, confirmed one staff member was hospitalised and said none of the team members could be considered a close contact.

– The refugee Olympic team delayed its arrival in Japan after a team official tested positive in Doha. The infected official is in quarantine without symptoms and 26 of the 29 refugees will remain in their Doha training camp.

– Seven staff at a hotel in Hamamatsu, central Japan, where dozens of Brazilian athletes are staying, have tested positive, a city official said.

– Twenty-one members of the South African rugby team are in isolation after they are believed to have been in close contact with a case on their flight.

JULY 15 – Eight athletes from the Kenya women’s rugby team were classified as close contacts after a positive coronavirus case was found on their flight to Tokyo, said an official with the southwestern city of Kurume, where they were set to hold a training camp.

– An Olympic athlete under a 14-day quarantine period tested positive for the virus, but had not yet moved to the Olympic Village, the organising committee reported, without giving details. It said one member of the Games personnel and four Tokyo 2020 contractors had also tested positive.

– A member of the Nigerian Olympics delegation who tested positive for the coronavirus at Narita airport on Thursday has been admitted to hospital, media said. The person, in their 60s, had only light symptoms but was hospitalised because of their advanced age and pre-existing conditions, TV Asahi said, adding it was the first COVID-19 hospitalisation of an Olympics-related visitor. No further details were available.

JULY 17 – Fifteen people tested positive for the virus, the organisers said, including the first case at the athletes’ village – a visitor from abroad involved in organising the Games. The rest are two members of the media, seven contractors and five members of the Games personnel.

JULY 18 – Ten people, including two South African male soccer players staying at the athletes’ village, tested positive for the virus, organisers said. This is the first time athletes have been found positive within the village, where most competitors will be staying.

The others were one athlete under a 14-day quarantine period, one member of the media, one contractor and five Games personnel.

They said that 21 people in the South African soccer delegation were categorised as close contacts, following positive test results at the weekend for two soccer players from that country. The number of close contacts was later revised down to 18.

Those identified as close contacts can still take part in competition if they are found negative in a test conducted within six hours of the start of their event.

An alternate on the U.S. women’s gymnastics team tested positive and another alternate was a close contact, USA Gymnastics said. They remained at the team’s training camp just east of Tokyo.

JULY 20 – Nine people including one athlete staying at the Olympic village tested positive for the coronavirus, the organisers said. The other eight were a volunteer worker, one member of the Games personnel and six contractors.