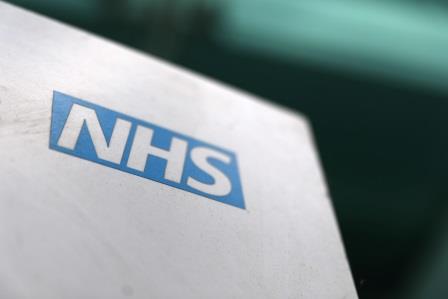 FILE PHOTO: An NHS logo is displayed outside a hospital in London, Britain May 14, 2017. REUTERS/Neil Hall

LONDON (UK): Actors, workers for Britain’s National Health Service (NHS) and a flash mob all turned out for the premiere of comedy “Off the Rails” on Thursday, the first major red carpet event in London since most COVID-19 restrictions were lifted in England.

Despite a wave of new cases in Britain, Prime Minister Boris Johnson ended most regulations in England on Monday, such as the need to socially distance.

Out to enjoy the film screening in central London’s Leicester Square, where a flash mob performed, were some 150 NHS staff, including Fidelia Essell-Uwagbae, head of nursing at a vaccination centre.

“Absolutely excited to see the nation coming back to as close to normal as it can but we still need to take those precautions,” she told Reuters on the red carpet.

Daily positive cases have been broadly rising in Britain for a month but a rapid vaccination programme appears to have weakened the link between infections and deaths, with daily fatalities remaining at relatively low levels.

“(It’s a) bit nerve racking … it’s really nice though. It’s so nice to see everybody and go to the cinema,” said actor Sally Phillips, who stars in the film about a group of women carrying out their friend’s dying wish for them to complete a rail trip around Europe.

“We’ve been testing like lunatics, and so here we go, let’s see, let’s hope we all enjoy it.”

The film’s soundtrack features remastered hits from New York City new wave and punk group Blondie, including tracks ‘Call Me’ and ‘One Way or Another’.

While there was no need for masks on the red carpet, once inside the cinema organisers made them mandatory.