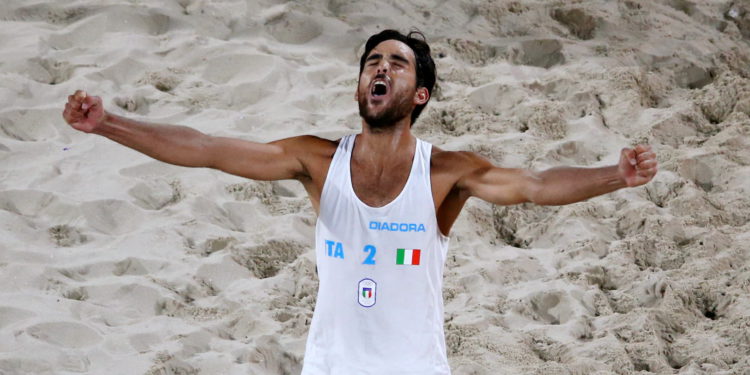 Norway’s Mol, who has teamed up with Christian Sorum, is considered an emerging powerhouse with his outstanding athletic ability and skills at blocking spikes. The pair are aiming for Norway’s first Olympic beach volleyball medals.

Born in a family of volleyball and beach volleyball players, the 24-year-old Mol has won FIVB awards such as best blocker, best setter, best attacker and most outstanding player, having been named best newcomer on the 2017 world tour.

Italy’s Lupo, 30, won the first beach volleyball medal for the country at Rio in 2016 when he teamed up with Paolo Nicolai and they lost in the final.

With their spot firmly secured in Tokyo, the pair aim to enjoy success at the Games. Lupo was the flag bearer for Italy during the closing ceremony in Rio.

Germany’s Ludwig, a gold medallist in Rio, staged a comeback in 2019 at the age of 33 after maternity leave. A German professional player, Ludwig is a defender.

She has won four European championship golds. Ludwig grabbed the gold in Rio and went on to win 2017 world championship.

An American professional beach volleyball player, Ross won a bronze medal at Rio 2016 and a silver at the 2012 London Games.

Once a star indoor volleyball player, Ross was named FIVB Top Rookie in 2007 and has won best offensive player, hitter and server awards since then. She parted with Walsh Jennings after they won a bronze medal in Rio.