Olympics-Five judokas to watch out for 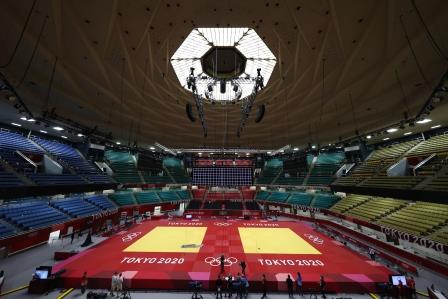 The 32-year-old French heavyweight will be aiming for his third consecutive Olympic gold, matching a record held by Japanese great Tadahiro Nomura.

Last year, Riner, a 10-time world champion and twice Olympic champion, lost for the first time in nearly a decade, ending his 154-match winning streak going back to 2010 after being defeated by Japan’s Kokoro Kageura in the Paris Grand Slam.

Bilodid claimed victory in the 2018 world championships at the age of 17, becoming the youngest judoka to win a world title, beating Ryoko Tamura’s record set at the age of 18.

With her parents both judokas, Bilodid has turned down an offer of becoming a model, while focusing her career on the Japanese martial arts.

The elder of the Abe siblings, double world champion Hifumi grabbed the men’s Olympic spot in the 66kg class after winning a dramatic one-off bout.

A “seoi-nage” specialist, Abe has an aggressive fighting style, featuring a fast pace with an average winning time of 2-1/2 minutes. He shot to fame when he became Youth Olympic champion in 2014 and won the Tokyo Grand Slam that year.

The younger sister of the Abe siblings, Uta was born in the western Japanese port city of Kobe. She has won the last two world titles in the under 52 kg class, having lost only once, against France’s Amandine Bouchard, in the last three years.

Abe was the youngest Judoka to win an IJF (International Judo Federation) Grand Prix in 2016 and won her first world title in 2018 at the age 18, becoming the third-youngest Judoka to grab a senior world championship.

Ono demonstrates an orthodox combating style, aiming to clinch an Ippon victory with throwing techniques such as Osotogari and Uchimata. His judo style has earned him the nickname “Mozart of the 73 kg class” among some fans.

The most dominant fighter in the lightweight division, Ono has won three world championships and an Olympic gold medal, having been unbeaten in international contests since 2015.