Tokyo 2020 could be India’s best Olympic, ever! 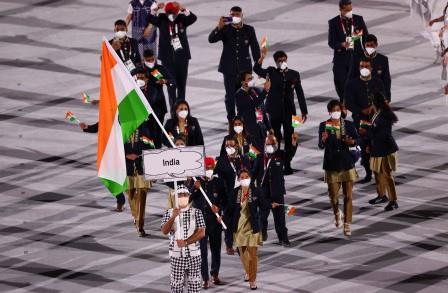 It is wonderful to see India united as one to cheer for its athletes. For the first time, India has sent a 228 member strong contingent to the Olympics and the country is confident than ever. The country is hopeful that its athletes will outshine with their performance at the quadrennial athletic festival.

Often, it was pointed out that India was always behind the line in terms of representation at the Olympics. Several factors have to be called out for the same, but we have perhaps surpassed that phase. The golden period in Indian sports began in 2008. Till then the Indian sporting ecosystem was flourishing at its own sweet pace.
The 2008 Beijing Olympics was a great one for Indian sports enthusiasts. Abhinav Bindra bagged the first-ever individual gold medal at Beijing for the 10m air pistol shooting event. There is a firm belief that the 2020 Tokyo Olympics may witness India’s best-ever medal haul.

I stand by the statement that the government of India and the Ministry of Youth Affairs and Sports has made a tangible contribution towards enhancing athletes performance through various schemes and this in turn has helped our athletes to scale up in their games, techniques and performances.

Currently, India has six top-notch sportspersons, such as Vinesh Phogat, Deepika Kumari, Amit Phangal, Yashaswini Deswal, Abhishek Verma, and Elavenil Valarivan, all of whom hold No. 1 spot globally in their respective sports.
As our athletes enter the world’s most aggressive sporting event, we celebrate the spirit of the Indian competitors. We will trust our athletes to do their best to bag the medals and fly our tricolour as they stand on the podiums.

How different is the Tokyo Olympics?