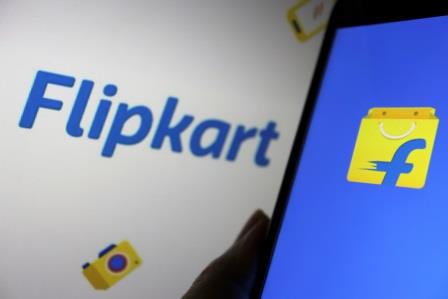 FILE PHOTO: A mobile phone showing the logo of Indian online retailer Flipkart is seen in front of its sign displayed in this illustration picture taken July 14, 2021. REUTERS/Florence Lo/Illustration

NEW DELHI (India): Flipkart which is owned by Walmart has asked India’s Supreme Court to restrain the country’s antitrust body after it asked sensitive questions in what the firm called an “invasive” investigation of its e-commerce operations.

The request, in a court filing more than 700 pages long that has not been made public, illustrates the e-commerce giant’s level of concern over the investigation, which has prompted public spats between US firms and the Indian government.

In its investigation, which includes Amazon.com Inc, the Competition Commission of India (CCI) sought a list of Flipkart’s top sellers, online discounts and pacts with smartphone makers, among 32 questions it asked on July 15.

Flipkart told the Supreme Court the details sought reinforced its fear of the “invasive nature” of the investigation, and asked it to put on hold both the information request and the overall investigation.

“The information sought…is sensitive in nature,” Flipkart said in the court document, adding that such investigations could have serious consequences on its reputation and goodwill.

“It is evident that the director-general is determined to take precipitative action,” it added, referring to the watchdog’s investigation chief.

The antitrust body also sent a request for information to Amazon in the investigation, said a source who sought anonymity because of the sensitivity of the matter.

Although India’s trade minister and a court in south India have said the companies should not shy away from inquiries, Amazon and Flipkart say the CCI lacked evidence and should not have launched the investigation last year.

The request to the Supreme Court comes after the state court dismissed the companies’ pleas in June and July, saying the investigation must continue.

The antitrust body, which has set Flipkart a July 30 deadline to answer its queries, had plans to speed the investigation into Amazon and Flipkart after the clearance from the court.

The CCI questions also sought details of policies on showcasing products on Flipkart’s website and internal communication with sellers over sale events, the court document showed.

The watchdog also asked for a list of Flipkart’s top 100 sellers between 2015 to 2020 and top-selling products.

“The investigation…involves an intrusive and free-ranging inquiry,” Flipkart said in the document, adding that it would have a “tremendous” impact.

Indian retailers have said Flipkart favours select sellers on its platforms to the disadvantage of smaller players.

In February Amazon documents showed it had given preferential treatment for years to a small group of sellers and used them to bypass Indian law.

The companies deny any wrongdoing.