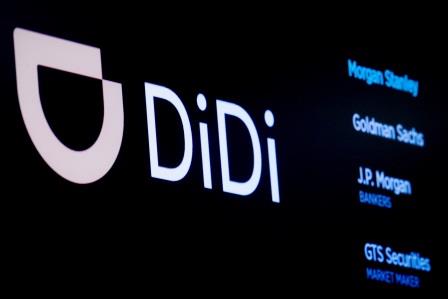 The company has been mulling delisting plans as crackdown in China widens and it has received support from cybersecurity regulators, according to the report, which cited people familiar with the matter.

The about-turn by Didi comes just about a month after it listed on the New York Stock Exchange. Days after its $4.4 billion U.S. listing, China’s cyberspace regulator launched a probe into the company and asked it to stop registering new users, citing national security and the public interest.

The regulator also said it will remove the mobile apps operated by Didi from app stores.

Didi has been in talks with bankers, regulators and key investors to figure how to resolve the problems following its listing on the New York Stock Exchange, the report said.

The company has asked its major underwriters to assess investors’ views regarding a privatization plan, as well as the pricing range that they would accept, the report said.

The company did not immediately respond to Reuters request for comment.

A take-private deal that would involve a tender offer for its publicly traded shares is one of the preliminary options being considered, the report said.

Didi’s listing is the biggest stock sale by a Chinese company since the 2014 listing of Alibaba Group Holding Ltd.