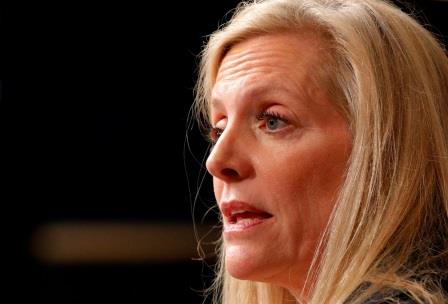 Federal Reserve Governor Lael Brainard on Friday laid out a range of reasons for “urgency” around the issue of developing a US central bank digital currency, including the fact that other countries such as China are moving ahead with their own.

“The dollar is very dominant in international payments, and if you have the other major jurisdictions in the world with a digital currency, a CBDC (central bank digital currency)offering, and the U.S. doesn’t have one, I just, I can’t wrap my head around that,” Brainard told the Aspen Institute Economic Strategy Group. “That just doesn’t sound like a sustainable future to me.”

Fed officials are taking a deep dive into the digital payments universe, collecting public feedback on the potential costs and benefits as well as design considerations with a view to publishing a discussion paper in early September.

Fed Chair Jerome Powell in comments earlier this month described the analysis as a key step in accelerating the Fed’s efforts to determine if it should issue its own CDBC.

“One of the most compelling use cases is in the international realm, where intermediation chains are opaque and long and costly,” Brainard said on Friday.

But there are domestic reasons too for a U.S.-backed digital currency, she said: the dramatic rise in stablecoins, a form of cryptocurrency pegged to a conventional currency such as the U.S. dollar but not backed by any government.

Stablecoins could proliferate and fragment the payment system, or one or two could emerge as dominant, she said. Either way, “in a world of stablecoins you could imagine that households and businesses, if the migration away from currency is really very intense, they would simply lose access to a safe government backed settlement asset, which is of course what currency has always provided.”

A CBDC could also help solve other problems, she suggested, including the difficulty during the pandemic of getting government payments to people without bank accounts, who also tend to be the very people who need the payments the most.