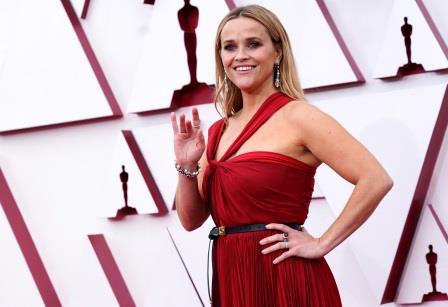 ‘Hello Sunshine’ the media company owned by Academy award-winning actress Reese Witherspoon’s is selling itself to a newly formed media firm backed by Blackstone Group Inc for an undisclosed sum.

Founded in 2016, Hello Sunshine is the women-led production house behind series like HBO’s “Big Little Lies,” “The Morning Show” on Apple TV+ and “Little Fires Everywhere.”

The sale will value the company at about $900 million, people familiar with the matter told Reuters.

The deal comes as a video streaming war between Netflix Inc, Walt Disney Co’s Disney+ and AT&T Inc’s HBO Max heats up, forcing the companies to spend billions of dollars on content.

“The rapidly growing demand for high-quality content is one of our firm’s highest-conviction investment themes,” Joe Baratta, the global head of private equity at Blackstone, said in a statement.

Its board will include Witherspoon and Hello Sunshine Chief Executive Sarah Harden, who will continue to oversee the day-to-day operations of the production house.