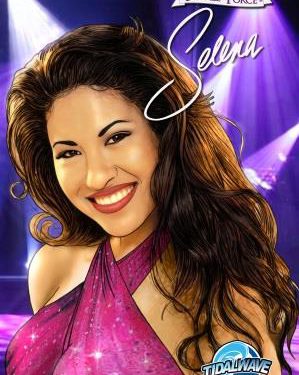 Selena, the Tejano music performer killed in 1995, will be the star of a US comic book debuting later this month.

Selena, whose birth name was Selena Quintanilla-Perez, will be the focus of “Female Force: Selena,” a comic book in English and Spanish being released by TidalWave Comics on Aug. 11.

“So much has been said about Selena. I wanted to tell her story while bringing something new to it. I hope the readers – and her fans – enjoy what we’ve put together,” said Michael Frizell, writer of the comic book.

The book is part of a series focused on women who make a worldwide impact.

Sometimes called the Mexican Madonna or queen of Tejano, Texas-born Selena died on March 31, 1995, when she was shot by the founder of her fan club.

US approves potential sales of howitzers to Taiwan

Germany, France to give COVID-19 vaccine boosters, Ignores WHO call

Germany, France to give COVID-19 vaccine boosters, Ignores WHO call