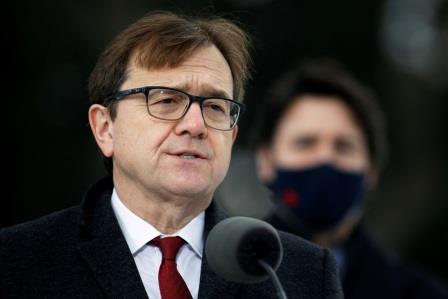 OTTAWA (Canada): Canada on Friday formally blocked a proposal to build a steelmaking coal mine in the Rocky Mountains of Alberta, citing what it said would be the significant environmental damage.

The decision did not come as a surprise since energy regulators last month said the Grassy Mountain project, proposed by a unit of Australian billionaire Gina Rinehart’s Hancock Prospecting Pty Ltd, would not be in the public interest.

“The Government of Canada has determined those effects are not justified in the circumstances and therefore, the project cannot proceed,” he said in a statement.

Hancock’s Riversdale Resources Ltd unit said that at its peak, the proposed C$800 million ($638 million) project would produce 4.5 million tonnes of steelmaking coal a year, generate C$1.7 billion in taxes and royalties over the 23-year mine life, and employ 400 people.

Last month Benga Mining Ltd, which is owned by Riversdale Resources, said it would launch an appeal against the earlier rejection by the energy regulator.