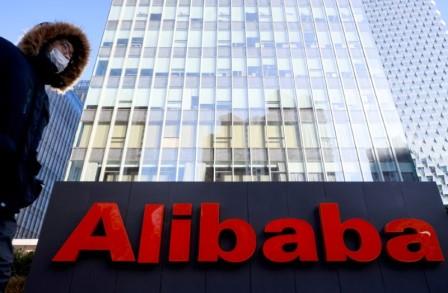 SHANGHAI (CHINA) – Chinese e-commerce giant Alibaba Group Holding Ltd said on Sunday it has suspended several staff post an employee’s allegations on the company’s intranet, saying she was sexually assaulted by her boss and a client.

The woman’s account, published via an eleven-page PDF that went on to circulate widely online, prompted a social media storm on China’s Twitter-like microblogging website Weibo. Police in the city of Jinan said on Sunday morning that they were investigating the incident.

“Alibaba Group has a zero-tolerance policy against sexual misconduct, and ensuring a safe workplace for all our employees is Alibaba’s top priority,” a spokesperson said in a statement.

“We have suspended relevant parties suspected of violating our policies and values, and have established a special internal task force to investigate the issue and support the ongoing police investigation.”

Late on Saturday, a female Alibaba staffer’s account of an incident she said took place while on a business trip went viral on Chinese social media, with responses to her account figuring among the top-trending items on Weibo as of Sunday morning.

The woman, who did not reveal her identity, alleged that her boss coerced her into going on a business trip with him to meet one of her team’s clients in the city of Jinan, about 900 kilometres (560 miles) from Alibaba’s headquarters in Hangzhou.

According to the woman, on the evening of July 27, the client kissed her. After consuming alcohol, she woke up in a hotel room the following day with her clothes removed and no memory of what happened the evening before.

CCTV footage she obtained from the hotel showed that her boss entered the room four times over the course of the evening, she added.

Upon returning to Hangzhou, she said she reported the incident to human resources and upper management on Aug. 2, asking her boss be fired and for time off. While human resources initially agreed, ultimately they did not follow through, she said.

Alibaba CEO Daniel Zhang responded to the uproar late on Saturday on the company’s internal message board, according to a person who saw the post, though the company did not officially disclose the material posted on its intranet .

“It is not just Human Resources who should apologize. The related business department managers also hold responsibility and should apologize for their silence and failure to respond in a timely manner,” Zhang wrote.

Alibaba announced on its intranet that the woman’s supervisor, her contact at human resources, and direct management of those individuals had been placed on suspension, according to the person who saw the posts.

Last month another sex scandal rocked China when Chinese-Canadian pop singer Kris Wu was publicly accused by an 18-year-old Chinese student of inducing her and other girls, some of them under the age of 18, to have intercourse with him.

The incident revived discussions of the #MeToo movement in China, and police in Beijing subsequently arrested Wu, who has denied the allegations.