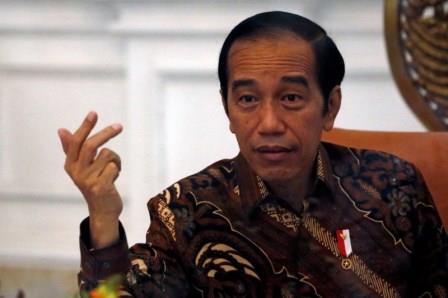 JAKARTA (Indonesia): Indonesia launched on Monday a website to process investment permits, which the government hailed as an important milestone in reforms aimed at making it easier and quicker to do business in Southeast Asia’s largest economy.

President Joko Widodo has vowed to overcome lingering hurdles such as red tape, rigid labour laws and poor infrastructure in his second term to compete with neighbours such as Vietnam and Thailand to attract foreign investment.

The “Online Single Submission” oss.go.id website will process investment proposals based on the level of risk, with lower risk investments needing only to register and medium ones to meet national standards.

“We want our investment climate to become more conducive … to increase investors’ confidence, to create jobs and become a solution to the problem of rising unemployment because of the pandemic,” Jokowi, as the president is popularly known, said during the website’s launch.

The website is part of a controversial Job Creation law, which passed last year despite protests from unions, environmentalists and other critics who view it as too pro-business.

Jokowi has tried to digitalize investment applications before, but it could still take months if not years to process a proposal in certain sectors.

The website gives Jokowi’s new investment ministry greater authority so that it can intervene when local authorities take too long to respond, officials say.

Indonesia pulled out of economic recession in the second quarter with 7.07% gross domestic product growth and investment up 7.54%, but analysts warn the recovery faces a setback due to a resurgence in COVID-19 cases.

The new website, which was set up by telecommunication firm Indosat, has eliminated application costs for enterprises of up to 5 billion rupiah ($347,705) in size, investment minister Bahlil Lahadalia said at the launch.