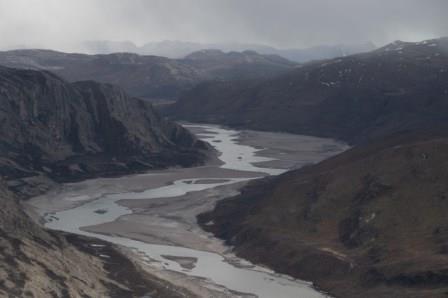 FILE PHOTO: Areas of Greenland are seen from an aerial helicopter tour near Kangerlussuaq, Greenland, May 20, 2021. Saul Loeb/Pool via REUTERS

KoBold, which uses artificial intelligence and machine learning to hunt for raw materials, will pay $15 million in exploration funding for the Disko-Nuussuaq project on Greenland’s west coast in exchange for a 51% stake in the project, Bluejay said in a statement.

Shares in BlueJay traded 26% higher on the news.

The license holds metals such as nickel, copper, cobalt and platinum and the funding will cover evaluation and initial drilling.

BlueJay said previous studies found the area in western Greenland has similarities to the geology of Russia’s Norilsk region, a main producer of nickel and palladium.

“This agreement is transformative for Bluejay,” said the comany’s CEO Bo Steensgaard. “We are delighted to have a partner at the pinnacle of technical innovation for new exploration methods, backed by some of the most successful investors in the world.”