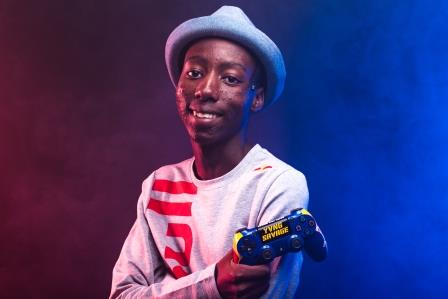 – Unfold is a Red Bull series providing an inside look at the lives of the world’s top esports personalities and how these stars rose to fame, and what motivates them to keep progressing with Nemanja ‘huNter’ Kovač, Tsunehiro ‘Gachikun’ Kanamori and Amer ‘Miracle-‘ al-Barkawi covered.

– In the newest episode of the series that uncovers stories behind some of the biggest names in esports and gaming, Yvng Savage shares exclusive insights into his incredible journey from learning and practising on a second-hand copy of FIFA to winning his first tournament aged just 16.

– Yvng Savage is a 19-year-old professional FIFA player based in South Africa, who won the first competition he entered (still without owning his own FIFA copy) – the VS Gaming FIFA Festival 2018.

– As a young boy, Yvng Savage started gaming on his father’s Xbox 360 and discovered FIFA through the 08 iterations, then moved to a new town and met Jabu Mndau – who became a mentor of sorts for him.

– Reflecting on his gruelling training leading up to his first competition – where he spent three months in isolation blocking out friends and family – the episode delves into how Yvng Savage burst onto the esports scene when he beat an impressive 512 players for the title three years ago.

– It also features interviews including Goliath Gaming team manager Michele Brondani, who explains: “Yvng Savage is passionately waiting to prove himself on the international stage… and I can say with absolute certainty when he does get that chance, he’s going to shock the world.”

– Following his first victory, Goliath Gaming spent “a few days after the tournament searching for Yvng Savage on social media and Google, but couldn’t find anything about him.”

– It wasn’t until Yvng Savage reached out to fellow pro-FIFA player Julio ‘Beast’ Bianchi asking as to why Goliath Gaming hadn’t approached him yet, that the impressive youngster was finally signed.

– The episode also looks at his personal life – his close maternal bond and the unfortunate passing of his father last year at a young age that saw Yvng Savage become the sole provider for his family.

– He reveals, “I wanna win the FIFA World Cup. The biggest tournament of them all.”

Britain imposes sanctions on Belarus, Lukashenko retorts: ‘choke on them’

Comedy, action, romance, gaming – ‘Free Guy’ movie has it all

Comedy, action, romance, gaming - 'Free Guy' movie has it all