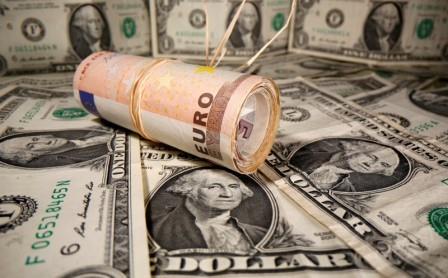 LONDON (UK) – The US dollar edged higher on Friday, on track for a second consecutive weekly gain versus its major rivals, as investors weighed the possibility of the Federal Reserve announcing its plans to reduce its stimulus in the coming weeks.

Data on Thursday showed US producer prices posted their largest annual increase in more than a decade in the 12 months through July.

While the data comes a day after consumer price data that indicated inflation may be peaking, analysts said producer price data helps the case for removing some of the Fed’s stimulus.

“With producer prices feeding into consumer prices, this suggests that the CPIs may have not hit a ceiling yet, and may have increased again bets on a potential tapering announcement by the Fed in September,” said Charalambos Pissouros, head of research at JFD Group.

The Fed will announce a plan to taper its asset purchases in September, according to a solid majority of economists polled by a prominent media organisation.

Several Fed officials this week came out in support of tapering bond buying in coming months, setting themselves apart from other, more dovish major central banks such as the European Central Bank and the Bank of Japan.

The dollar’s strength was also encouraged by a mild bout of risk aversion in currency markets, with the Australian dollar and the Chinese yuan struggling against the greenback.

The euro steadied at $1.1734, on course for a second straight week of losses and within striking distance of a four-month low of $1.1706 hit on Wednesday.