Japan: COVID-19 ‘state of emergency’ lockdown to be extended through mid-Sept 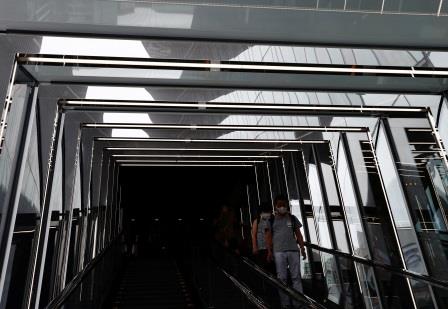 TOKYO (Japan): The Japanese government is set to extend its “state of emergency” soft lockdown in regions including Tokyo to the middle of September as well as adding several other regions, the Sankei Shimbun daily reported on Monday.

The current state of emergency is due to expire on Aug. 31, but a continuing surge in coronavirus cases has spurred calls to extend it.

A meeting of the four parties concerned with running the Tokyo Paralympics, due to start from Aug 24, is set to meet later on Monday to decide how to handle the issue of spectators, NHK public television reported.

Organisers agreed last week to limit spectators at the Paralympic events, media reports said, due to the continuing state of emergency in Tokyo. The Olympics were held mostly without spectators.

Though the Japanese government has instituted repeated states of emergency, their effectiveness has been limited due to laws mandating that the government can only request cooperation.

Pandemic fatigue and summer vacations have also been blamed for contributing to the latest COVID-19 surge in a nation where only around 36 percent of people have been fully vaccinated.