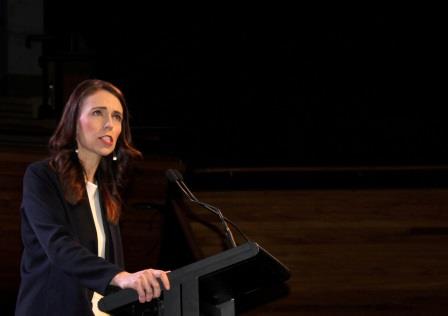 WELLINGTON (New Zealand): Prime Minister Jacinda Ardern of New Zealand on Monday implored Taliban leaders to uphold human rights in Afghanistan by allowing women to continue in work and education and to let foreigners and Afghans who want to leave the country go.

Taliban fighters took control of the presidential palace in Kabul late on Sunday as US -led forces departed and Western nations scrambled to evacuate their citizens.

“I would just again implore those who made these moves in recent days to acknowledge what the international community has called for – human rights and the safety of their people,” Ardern said at a news conference in the capital Wellington.

“What we want to see is women and girls being able to access work and education. These are things that have traditionally not been available to them where there has been governance by Taliban,” she said

Ardern said the situation in Afghanistan had deteriorated much faster than expected. Efforts are underway to evacuate New Zealanders and some Afghans who worked with New Zealand agencies, she said.

About 37 Afghans have been identified to have worked alongside the New Zealand Defence Forces, Ardern said. Efforts would be made to evacuate these people and their dependents, she said, adding that a C-I30 military aircraft and accompanying personnel would be sent to help with the evacuation.

The Taliban have issued a statement saying they would protect people’s lives and property and create a peaceful and secure environment. They also announced an amnesty for anyone who worked for U.S.-led foreign forces or the old government.

“The whole world is watching. Taliban is making claims about the type of administration they wish to be. We would implore them to allow people to leave safely,” Ardern said.

“It’s not a matter of trust – it’s going to be all about the actions, not the words,” she said.

Germany to sell up to a quarter of its Lufthansa stake