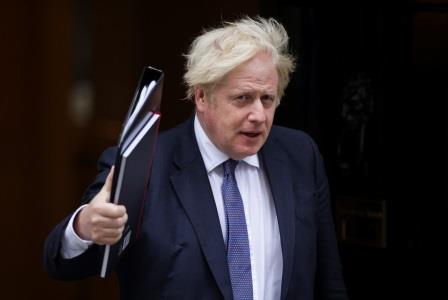 LONDON (Reuters) – British Prime Minister Boris Johnson said on Wednesday Britain would do everything it could to avert a humanitarian crisis in Afghanistan where he described the capture of the country by the Taliban as happening faster than expected.

Addressing parliament, which was recalled to discuss the situation in Afghanistan, Johnson also ruled out an inquiry into British conduct in the nation, saying most questions had already been looked into.