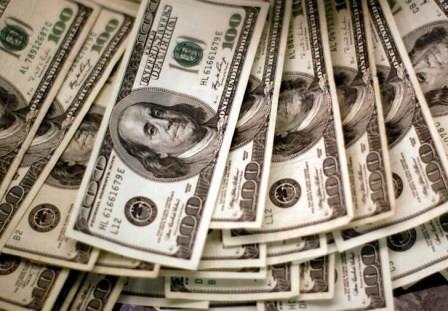 TOKYO (Japan): The dollar rose to a nine-month high against its major peers on Thursday, on expectations that the Federal Reserve will start tapering its huge stimulus this year.

In minutes of the Federal Open Market Committee’s July 27-28 meeting released on Wednesday, Fed officials saw the potential to ease bond-buying stimulus this year if the economy continues to improve as expected, although the condition of “substantial further progress” toward maximum employment had not yet been met.

“It is worth remembering the FOMC’s July meeting took place before the bumper July non-farm payrolls report,” Joseph Capurso, a strategist at Commonwealth Bank of Australia, wrote in a research note.

“We retain our call the FOMC will announce a tapering in September followed by implementation in October or possibly November.”

A reduction in debt purchases is typically positive for the dollar as the Fed will not be flooding the financial system with as much cash.

The focus for Fed watchers now is the annual Jackson Hole, Wyoming symposium, which runs Aug. 26 to 28.

“Our read is that Fed officials will continue to signal ongoing steps toward normalising policy, providing the USD with crucial ongoing underlying support,” Westpac strategists wrote in a client note.

“The AUD remains in a powerful four-month downtrend,” and may drop to $0.70, while the New Zealand dollar eyes a drop to $0.68, although it should rise later in the year, they wrote.

The kiwi lost support on Wednesday after the Reserve Bank of New Zealand delayed becoming the first G10 central bank to raise interest rates during the pandemic, a day after a new outbreak thrust the nation into lockdown.

On Thursday, RBNZ Governor Adrian Orr told parliament he still sees the official cash rate gradually increasing towards a more neutral level over the next 18 months.

New Zealand’s COVID-19 cases jumped to 21 on Thursday, although authorities said the virus may not have been in the community for long as they linked its origin to a recent returnee from Sydney.

An unexpected drop in the country’s unemployment rate to a 12-year low of 4.6% in July only lifted the Aussie briefly, with the data muddied by coronavirus restrictions spurring some people to drop out of the workforce.

China’s yuan slid to a three-week low in offshore trading of 6.4996 per dollar.

Haiti: Quake leaves nation ‘on its knees’, impatience grows over lack of aid

Haiti: Quake leaves nation 'on its knees', impatience grows over lack of aid