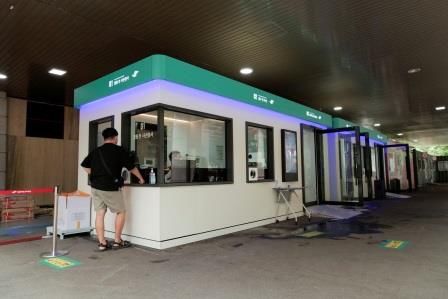 SEOUL (S.Korea): South Korea reported more than 2,000 new coronavirus cases for the second time on Thursday as it struggles to subdue a wave of outbreaks during the summer holidays, driven by the more contagious Delta variant.

South Korea has managed to tackle outbreaks since its epidemic began early last year thanks to intensive testing and tracing but it is now facing persistent spikes in infections and vaccine shortages.

The Korea Disease Control and Prevention Agency (KDCA) reported 2,152 cases for Wednesday, the second highest since the pandemic began, after the daily tally topped 2,200 for the first time last week. Total infections rose to 230,808, with 2,191 deaths.

The latest infections emerged around the capital, Seoul, and neighbouring regions but have spread nationwide as people travel for vacations.

More than 35% of the 2,114 domestically transmitted cases were in areas outside the capital, up from some 20% a month ago, KDCA data showed.

The fourth COVID-19 wave has shown few signs of abating even after the toughest Level 4 distancing rules, which include a ban on gatherings of more than two people after 6 p.m., in the greater Seoul area for six weeks.

Most other regions are under Level 3 curbs, which include a ban on gatherings of more than four people at any time and a 10 p.m. curfew for cafes and restaurants.

The government is expected to extend the curbs on Friday, possibly for the four weeks leading up to the Korean thanksgiving holiday of Chuseok next month, when normally tens of millions of people travel across the country.

A shortage of vaccines has meant only 21.1% of the 52 million population is fully vaccinated as of Wednesday, while about 47% have had at least one dose, according to the KDCA.

South Korea aims to fully immunize some 70% of the population by October, though some experts have questioned the feasibility of that goal given vaccine shipment delays.