Tennis-Osaka felt ‘ungrateful’ for her attitude to tennis 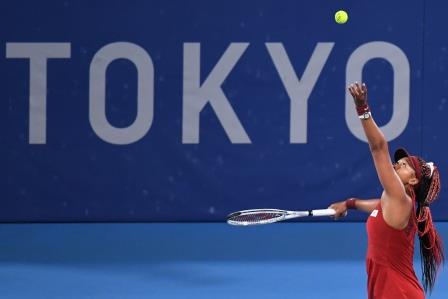 Naomi Osaka said she had felt “ungrateful” at times over the last year for not fully appreciating her life as one of the world’s top tennis players.

The world number two sealed a comeback victory over Coco Gauff at the Western & Southern Open in Cincinnati on Wednesday, her first event outside the Olympics since withdrawing from the French Open in May.

She pulled out of Roland Garros after being punished for refusing to do media conferences, saying her mental health was adversely impacted by certain lines of questioning.

Osaka shed tears and briefly left a press conference in Cincinnati on Monday when asked about her relationship with the media and returned to the theme on Wednesday.

“I was wondering why was I so affected, I guess, like what made me not want to do media,” the 23-year-old told a news conference.

“I’m wondering if I was scared, because sometimes I would see headlines of like players losing and then the headline the next day would be like a collapse or they’re not that great anymore.

“So then I was thinking me waking up every day, for me, I should feel like I’m winning. Like, the choice to go out there and play, to go see fans that people come out and watch me play, that itself is an accomplishment.

“I’m not sure when along the way I started desensitizing that. Like it started not being like an accomplishment for me. So I felt like I was very ungrateful on that fact.”

The four-times Grand Slam champion said the restrictions imposed due to the COVID-19 pandemic had made things “really stressful” her but recent events in Haiti and Afghanistan led to a change in her outlook.

A 7.2-magnitude earthquake has killed more than 2,000 people in Haiti — the country where her father was born — while Afghanistan has been in turmoil.

“Seeing the state of the world, like how everything is in Haiti, Afghanistan right now, is definitely really crazy,” she said.

“And for me to just be hitting a tennis ball in the United States right now and have people come and watch me play … I would want to be myself in this situation rather than anyone else in the world.”