Foundation Cine-Peek: A futuristic leap salvaging only the best of human civilisation 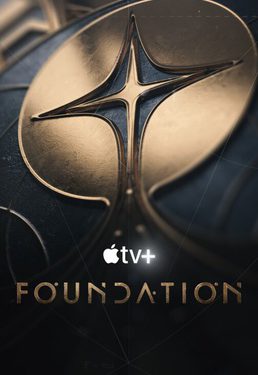 The trailer of Foundation, the upcoming science fiction series from Apple, was unveiled recently, and it is a revelation in itself. Based on the series of novels by Isaac Asimov of the same name, the trailer sets out with the voice of a character named Gaal Domick, essayed by Lou Llobell, who transposes the viewers to when she used to be narrated with stories of a man, who predicted the future.

Little does she realise that what was once a story for her would one day become one of her own and she would find herself amid this testing world for the future. The fate of the galactic world is determined by the prophesy of Dr Hari Seldon, played by Jared Harris.

As per his foresight derived from his profound wisdom of psychohistory, the empire is going to witness a downfall. The champions of the empire, however, are intimidated by the prediction and set out on depleting this set of messiahs. Now, the question arises as to what is likely to become of the movement they have instigated.

The lines that linger in the mind from the trailer is

“Martyrs tend to have a long half-life.”

“Wars will be endless.”

“Change is frightening. Especially to those in power.”

At troubled times as this, when there has been a clamour for power and survival, with intermittent war-like situations being triggered in the nook and corner of the world, the trailer of Foundation comes at the right time.

It articulates the need for laying a foundation for future generations to thrive on, retaining only the best of humanity. To salvage the humankind and to pave way for it to rise from the ashes, they have to now preserve only the vestige of all things humane, and ‘only the essential pieces of civilisation’, as described in the trailer.

Foundation, directed by Rupert Sanders (for the pilot episode) and created by David S Goyer and Josh Friedman, who are also the executive producers, is a mighty leap into the future. The series is produced for Apple by Skydance Television, along with Robyn Asimov, Cameron Welsh, David Ellison, Dana Goldberg and Marcy Ross.

The series is slated for release on September 24 this year.