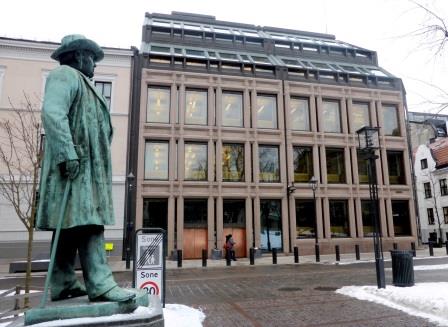 OSLO (Norway): Norway’s $1.4 trillion sovereign wealth fund, the world’s largest, should push firms it invests in to eventually cut their greenhouse gas emissions to nil by 2050, in line with the Paris Agreement, a government-appointed commission said on Friday.

Climate risk should also be made a part of the mandate of the fund, which is managed by Norway’s central bank. The fund should also continue to invest across industries, including the oil and gas sector, and push companies to decarbonise.

The Norwegian fund, set up 25 years ago to share revenues from Norway’s oil and gas industry with future generations, owns 1.4% of all globally listed stocks on average, across more than 9,100 companies.

The fund, which also owns government bonds and some fixed assets, is led by chief executive Nicolai Tangen, a former hedge fund manager.

The fund estimated its portfolio’s carbon footprint was 107.6 million tonnes of CO2 equivalent in 2019 – roughly twice what Norway emitted that year.

The recommendation of setting a net zero target is likely the most important one to have an effect on the planet’s climate and limit the climate risk of the fund, said Kim Gabrielli, the CEO of the United Nations Global Compact in Norway, which encourages businesses to become sustainable.

“It will both help the follow-up in the governance of the fund, as well as guide the future investments, measurement and reporting,” he told Reuters.

The wealth fund should maintain a strategy of broad portfolio diversification, but could cut companies that do not sufficiently adapt their strategy, the report added.

“If there is an unacceptable risk that a company is linked to serious environmental damage or to an unacceptable degree causes greenhouse gas emissions, then the company should be excluded from the fund’s investments, or put under a watch list,” Skancke said.

The finance ministry will give its assessment of the proposals in a whitepaper during the first half of 2022, it said.

Norwegians head to the polls in September, with a centre-left coalition led by the opposition Labour party expected to replace the centre-right government of Prime Minister Erna Solberg.