New Zealand pushes ahead with vaccinations as Delta outbreak widens 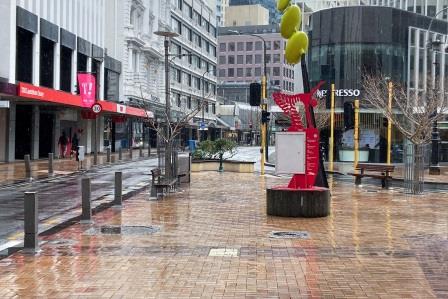 FILE PHOTO: Lambton Quay is devoid of people on the first day of a lockdown to curb the spread of the coronavirus disease (COVID-19) in Wellington, New Zealand, August 18, 2021. REUTERS/Praveen Menon

WELLINGTON (New Zealand): New Zealand recorded 62 new cases of COVID-19 on Wednesday, taking the total number of infections in the latest outbreak to 210 as the government scrambled to scale up vaccinations amid growing criticism.

Most of the cases are in the largest city Auckland, while 12 are in the capital Wellington, the Director General of Health Ashley Bloomfield said at a news conference.

He said 20,383 individual contacts have been identified in the outbreak and there are now over 480 locations of interest.

Fortress New Zealand’s virus-free run since February ended last week after an outbreak of the Delta variant erupted in Auckland and quickly spread to Wellington.

Ardern’s reliance on strict border controls and snap lockdowns to eliminate the virus has been called into question amid the latest outbreak, which has occurred while few people have been vaccinated.

About 80% of the population has yet to be fully vaccinated. The government said a record 80,000 people were vaccinated on Wednesday and 50,000 others tested.

The government defended its elimination strategy, saying it was still the best option for New Zealand.

“It’s too soon to throw in the towel. We’ve come this far – it would be an absolute waste for us to give up on this now,” COVID-19 Response Minister Chris Hipkins said at a news conference.

“You will see changes in the medium term and in the way we manage the border. We do want to get to the point where lockdowns are not the answer to potential outbreaks in the community. But we are not there yet.”

New Zealand has had over 2,800 confirmed cases of COVID-19 so far and 26 related deaths.