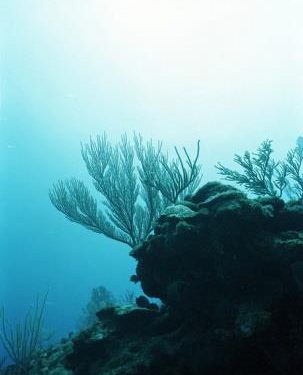 Belize’s government said on Friday it had reached a deal with a sizeable portion of its ‘superbond’ holders to restructure the debt, helped by a promise to spend significant amounts of money on marine conservation.

In a statement Belize’s finance ministry said the deal to purchase, redeem and cancel the debt had been struck with a group comprising Aberdeen Standard Investments, Grantham, Mayo, van Otterloo and Greylock Capital.

Together they hold close to 50% of the so-called ‘superbond,’ which emerged from past restructurings and currently contributes to a 133% debt-to-GDP ratio that the International Monetary Fund, which Belize has been in talks with, deems unsustainable.

For the restructuring to go through, however, more holders will have to agree. Legal fine print means 75% approval is required and roughly 10% of the bond is effectively held by Venezuela, meaning Caracas’ backing might be key.

Under the deal, eligible holders who tender their bonds prior to the expiration date of the offer will receive a cash payment in a sum equal to $550 per $1,000 of the outstanding principal of the bonds as of Sept. 1, 2021.

In a statement, the bondholder group said one of things that had secured their backing had been the government’s promise to allocate a “significant” amount of money toward conservation measures.

Belize boasts the largest barrier reef in the Northern Hemisphere and the second largest reef system in the world, according to UNESCO.

Its famous 125-metre (410-foot) deep Blue Hole is currently ranked as one the best diving sites in the world and combined with rain forests and other natural attractions, tourism accounts for some 40% of Belize’s economy, and nearly 40% of employment.

“Members of the Committee… welcome the environmental and marine conservation features of the proposed transaction,” the group said in the statement issued by their legal advisor, Orrick, Herrington & Sutcliffe.

It added it was “optimistic that future international sovereign debt operations will incorporate measures that aim to enhance environmental sustainability and resilience.”

German decision on Tesla subsidies expected by end of year