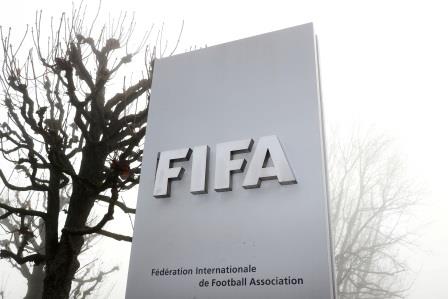 FIFA's logo is seen in front of its headquarters during a foggy autumn day in Zurich, Switzerland November 18, 2020. REUTERS/Arnd Wiegmann

(US) -Premier League clubs that had prevented players from Brazil, Chile, Mexico and Paraguay from travelling to participate in World Cup matches will be allowed to play them this weekend after a threat of a five-day ban was averted.

Liverpool, Manchester United, Chelsea and Manchester City were among clubs who did not release players for the current international break as they would have been travelling to countries on the UK’s COVID-19 red list.