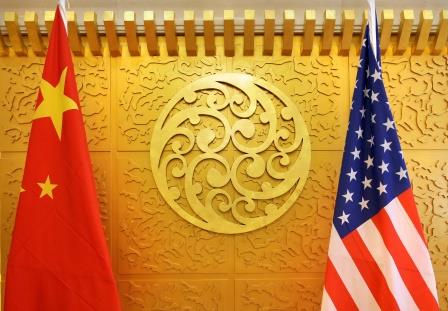 FILE PHOTO: Chinese and U.S. flags are set up for a meeting at China's Ministry of Transport in Beijing, China April 27, 2018. REUTERS/Jason Lee/File Photo

WASHINGTON (US) – China’s new ambassador to the United States called on Monday for stable and constructive commercial ties between the world’s two biggest economies, even as they struggle to resolve political and trade differences, a trade group said.

The envoy, Qin Gang, made the comments in an online meeting with the chief executives of major U.S. companies who serve on the board of the U.S.-China Business Council, the group said in a statement on Monday.