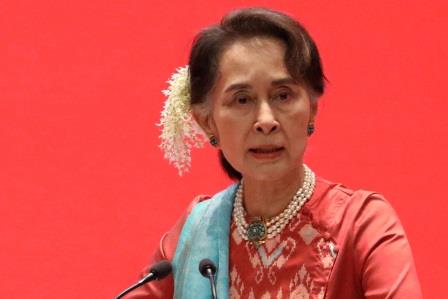 (Myanmar) -Myanmar’s Aung San Suu Kyi returned to court on Tuesday, a day after she did not appear because she was unwell, seeming relieved but saying she was still “somewhat dizzy”, her lawyer said.

The health of 76-year-old Suu Kyi is closely watched in Myanmar, where she spent many years in detention for challenging its military governments. She is on trial over multiple charges since her overthrow in a Feb. 1 coup.