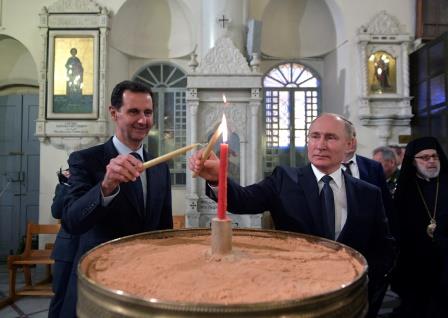 MOSCOW (Russia) – President Vladimir Putin received Syrian leader Bashar al-Assad in Moscow for the first time since 2015 on Monday and criticised foreign forces that are in Syria without a U.N. mandate, the Kremlin said, in a rebuke of the United States and Turkey.

Assad’s most powerful ally in the decade-long Syrian conflict, Putin last received the Syrian leader in Russia in 2018 at his summer residence in the Black Sea resort of Sochi.