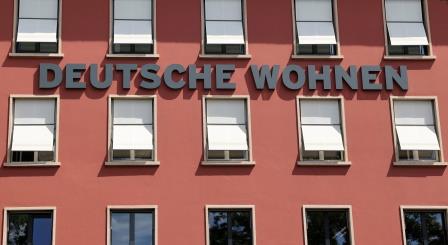 The acquisition comes nine days before elections in the German capital, where housing shortages and rapidly rising prices have become a hot issue. An advisory referendum on expropriating the two housing companies is due to be held in parallel with the city election.

Deutsche Wohnen would be selling 10,700 apartments and 4,250 would come from Vonovia’s portfolio.

Vonovia, the largest German residential rental company is in the process of acquiring its smaller competitor, creating a housing behemoth with some 550,000 apartments worth more than 80 billion euros.

In an effort to win political support for the deal announced in May, the two companies have pledged to limit regular rent increases in Berlin and offered to sell about 20,000 apartments to the city for at least 2 billion euros.

However, a group behind the referendum initiative, has criticised the proposals and reiterated its opposition to such a transaction on Friday.

“We are in principle in favour of taking over the apartments by the public, but not through backdoor deals at speculative prices,” Moheb Shafaquar said in a statement.

But Vonovia’s Rolf Buch said the price was fair.

“With this sale of housing stock in Berlin to the municipal housing companies, we are fulfilling a central promise to the Berlin Senate,” he said. “We are selling the apartments at a fair price.”