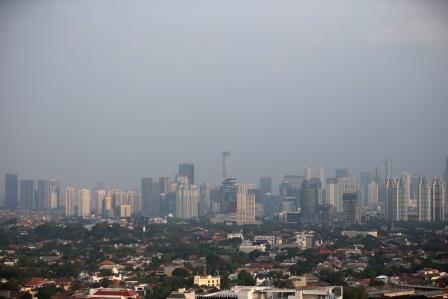 Ruling on a citizen lawsuit on Thursday, judges found senior officials were culpable in failing to prevent, monitor and control unhealthy pollution levels in and around the capital.

Jakarta and its surrounds, a sprawling metropolis of more than 30 million people, is Southeast Asia’s most polluted city, according to a 2020 report by air quality monitor IQAir

Dasrul Chaniago, the environment ministry’s director for air pollution management, confirmed to Reuters an appeal would be made against the decision.

He said the court ordered the ministry to monitor air quality and emissions, actions that he said had been undertaken since 2011 in Jakarta and other cities such as Banten and Bandung.

Fadjroel Rahman, a spokesman for the president, said his office would defer to the environment ministry on whether to appeal. The health and home affairs ministries did not immediately respond to requests for comment.

Lawyers for the 32 plaintiffs had argued that authorities had failed to protect citizens, pointing to scientific research that air pollution could cause asthma and heart disease and lower life expectancy.

Rapid urbanisation and chronic congestion in Jakarta, plus nearby coal-fired power plants, have contributed to the poor air quality, according to the Center on Energy and Clean Air.

The verdict was welcomed by Jakarta authorities.

“We understand the lawsuit is part of citizens’ rights to a healthy environment and part of collaborative action to work together for better air quality,” said Irvan Pulungan, climate change advisor to Governor Anies Baswedan.

“We honour the verdict and will continue working on our efforts and working with the plaintiff and all stakeholders.”