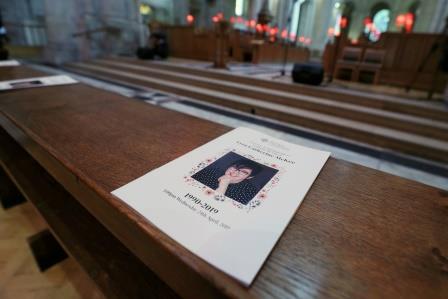 BELFAST (Ireland) – Northern Irish police said on Thursday they had charged two men with the 2019 murder of journalist Lyra McKee in Londonderry, whose death sparked outrage in the British-run province.

The men, aged 21 and 33, were also charged with rioting and possession of a firearm with intent to endanger life, the Police Service of Northern Ireland said in a statement.

The men were due in court on Friday, the statement said.

The New IRA, one of a small number of groups that oppose the 1998 peace accord that ended three decades of conflict between opponents and supporters of British rule, said one of its members shot the 29-year-old reporter dead when they opened fire in the direction of police during a riot McKee was watching.

Police charged a 52-year-old man with McKee’s murder last year, while saying more than one person was involved in the crime and the man who had fired the shot that killed her remained at large.